Kunti was an important Character of Mahabhara.

Kunti was sister of Vasudeva , who was the father of Lord Krishna.

She was named Pritha by her father Soorsheen, later she was adopted by a childless king KuntiBhoj so she came to be known as kunti. After the adoption of Kunti, the king was blessed children, so he always considered Kunti to be Lucy.

Kunti grew up into a beautiful and Pious lady. She served Rishie Durvasa , who was pleased with her service and blessed her by giving her a Mantra by which she could Summon any God and have his Son.

Kunti decided to test the mantra out of her curiosity ,She summoned God Surya (Sun). The God Surya appeared and blessed her to have his sun Karan.  Kunti was afraid to unveil Karan because she was unmarried ,so she abandoned him in a basket in a river. The basket reached  a chariot driver who was bathing in the river he was amused to see the child with Kavach and Kundal. Karan was born with Kavach and kundal as a blessing from his father Surya ,which will protect him. The chariot diver adopted Karan.

She was married to King Pandu of Hastinapur.

Pandu had two wives Madri and Kunti. Once Pandu went on hunting he saw deer couple and shot at them , which to his misfortune was sage Kindama and his wife. The dying sage cursed Pandu that as he had killed them in their moment of union, the moment he unites with a woman will be his last. Pandu was stuck with Greif he decided to take Penance ,he expressed the fear of dying childless to Kunti, then Kunti revealed the secret of mantra given by Rishie Durvasa. 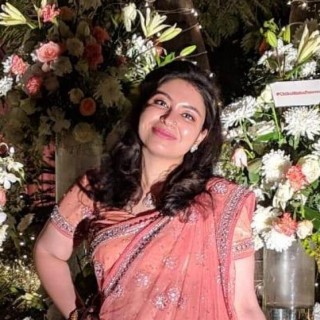 knowledge is the food of soul. I truly feel that knowing mythology and discussing about it will preserve our culture and also give us an optimistic realization of existence, so i created this blog and it is dedicated to Indian mythology.. the traditional stories about gods, goddesses , gurus and devtaas. All these are the very foundation of the Indian culture. Am a theist, I Love to research on Mythology. Regards Apurva Beniwal https://theindianmythology.wordpress.com/